Who is the Global Chief Intelligence Officer of Publicis.Sapient?

What is the email of the Chief Technology Officer of Publicis.Sapient?

What is direct phone of the Group Vice President & Head, Data & Analytics - North America of Publicis.Sapient?

Who is the Digital agency of Publicis.Sapient?

Expedia's head of brand marketing, Laura Molnar, reported the company will be taking "a risk" in the near future as they prepare to launch a new product; she declined to give more details. Expect a campaign for this product from Proof in March 2020, likely running across TV, digital, social and experiential. The goal is to re-brand themselves as the only option in the online-travel-agency industry against brands such as TripAdvisor.

Digital display spend has decreased in the past year. According to Adbeat, Travelocity has spent $172.9k on digital display ads in the past 12 months. These ads have been placed programmatically (76%) through Google, Google Search & AppNexus or site direct (22%). Top ad destinations include travelocity.com, mapquest.com, tripadvisor.com, yellowpages.com & skyscanner.com. For the past 24 months, spend was $2.1 million, meaning the channel has seen large decreases in the last year. This money has not shifted to TV, unfortunately.

Kantar reports Travelocity decreased total media spend from 2017 to 2018 by 89%. Hopefully, this new campaign for 2020 will bring a rise in spending, but only time will tell. 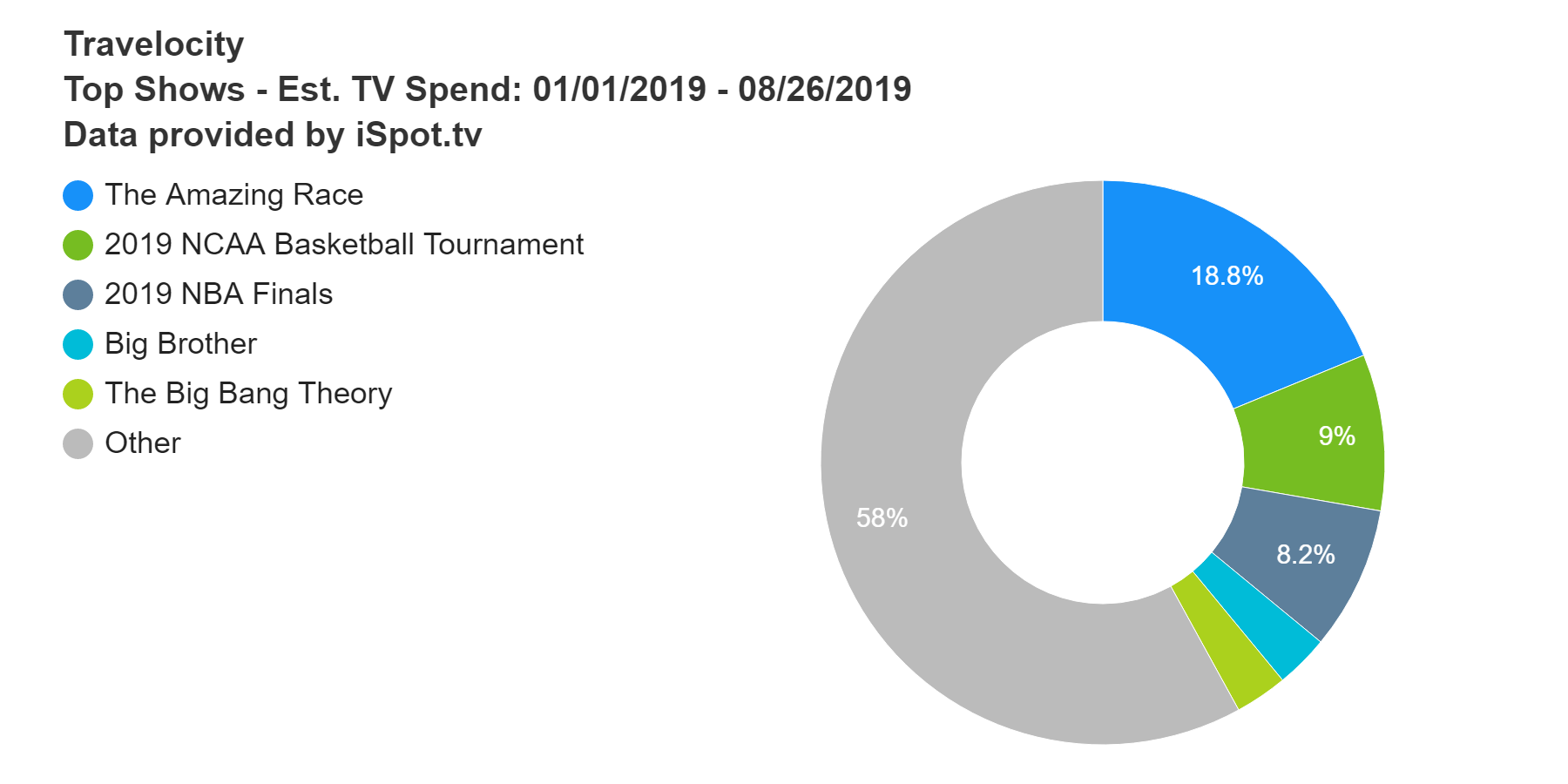 Sellers -- Top spending periods tend to be Q1/Q2, when people tend to start to make travel plans for the year. Spend decreases with each quarter, so reach out for last minute Q3 dollars. In Q4 last year, only digital channels received funding.

Agency readers -- Since all needs are currently covered, your chances of landing work with Travelocity right now are slim. In addition to the agencies already mentioned, Orbitz, so that work is likely off the table for the time being.