The information provided is brought to you by WinmoEdge, which will give you the ability to contact key decision makers, monitor company spending, and stay up to date on changes in leadership. Request a trial today.

Marketers are on a mission to make advertising and promotional campaigns more accountable, productive, and relevant to their brand objectives. With that mission in mind, it’s no surprise that more and more national brands are bringing marketing management in-house.

We already know that more companies are bringing agency work in-house — according to a study done by the In-House Agency Forum (IHAF) and Forrester Research, 64% of corporate America have in-house agencies today versus 42% just 10 years ago. Now, companies are making a similar transition with digital marketing — specifically, programmatic marketing.

A 2017 survey by the ANA found 35% of brands have expanded their in-house programmatic media buying capabilities and limited the role of outside agencies, up from 14% in 2016. Two out of three marketers are planning to bring their programmatic efforts in-house by 2022, and the other third will do so partially. Studies show 38% of businesses mentioned cost efficiency as an incentive to switch in-house. A calculation shows that a company spending $2 million annually on digital advertising can save a quarter of that by cutting out the middleman.

At the end of the day, programmatic marketing accounts for more than 80% of digital ad spending nationally, which means that paying attention to these trends now is just good business.

Keep reading for which brands have already made the jump, plus insights and information on each brand’s major decision makers.

Below, you’ll find seven national advertisers (and the decision makers — plus links to their direct contact information! — at each brand) who have brought at least some of their programmatic in-house. We recommend using this information to prospect other companies that have the potential and capacity to bring this important aspect of digital marketing, too.

Last year, our WinmoEdge team reported that Netflix would be pushing their advertising budget north by $80M — a big jump to support a huge investment in original content. Combined with our understanding of the Netflix audience (24 and under), it’s assumed that a good majority of that went to digital spend. In 2018, the streaming giant is once again pushing the gas on marketing spend, jumping up from $1.3B to $2B. With more major releases set for 2019 (Stranger Things 3, The Chilling Adventures of Sabrina S2, and a live-action Carmen San Diego film, to name a few), it’s safe to say that the spending is unlikely to slow anytime soon. Here’s what programmatic Adtech companies need to know about Netflix and its decision makers:

As we reported in 2017, CMO Jennifer Betka left StubHub and was replaced by Olivier Ropars. We know that a new CMO is a sign that a creative, media and potentially digital review is imminent, so while StubHub has established new relationships with media buying and planning, it’s worth noting that Ropars could decide to stack the deck with his own picks.

WinmoEdge reported in recent months that Kellogg has released two new campaigns in the midst of their increased digital spend, with a particular focus on new channels. Deanie Elsner, President of the snacks business unit, said: “We went from spending very little on digital platforms to now spending 60% to 70% of our overall marketing budget.” According to our data, Kellogg spent $11.5 million by May of this year on digital advertising, with 95% of ads placed direct and through Amazon. They don’t have a specific top spending period, so there’s no bad time to get in the game.

Moving programmatic in-house has allowed Sprint to be on the cutting edge as they work to serve and attract more customers. On the topic of cost efficiency specifically, the mobile carrier has saved $150 million, chiefly in marketing efficiencies. With outsourcing work, Chief Digital Officer Rob Roy said: “Transparency must be on the list- we want to have full insight into every dollar we spend.”

According to WinmoEdge, Roy reported they have removed media agencies from the programmatic buying process in order to control consumer data, minimize ad fraud and improve media transparency. In October of 2017, Roy also said that they soon plan to consolidate their 4 DSPs down to one. If Martech readers haven’t been engaging decision makers already, now is the time. Here’s how to reach out:

As the world’s second largest advertiser, Unilever has major influence. This past year, the organization’s goal has been to spend less money creating new ads after reports proved more than 95% of Unilever’s advertising films were being replaced before they had reached maximum effectiveness. Rather than produce new pieces for advertising, the organization plans to show their current product in more effective ways. According to Chief Financial Officer Graeme Pikethly, “All we can do is continue investing heavily in building capabilities in the new marketing space. As such, around a third of our investment, which may be the wrong distinction here, is on digital.”

Up until July of this year, Unilever had spent $33 million on over 2.4 billion impressions, with most (94%) digital display ads placed site direct. The advertiser’s total 2017 spend, which spiked in July, rose to $81.8 million from $76.9 million the previous year. We expect this rise will continue, here’s how to get involved:

The world’s biggest ad spender grew in organic sales more than 2 percent while increasing media spending simply because of the decision to slash agency production fees and bring work in-house. According to our WinmoEdge team, P&G is solely cutting its agency costs in favor of better ROI and its marketing spend and operating expenses will continue to rise. An insider tip: historically, P&G’s spend has been higher during the second half of the year (H2). YTD digital display spend is north of $90.3 million. 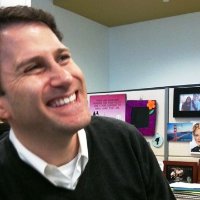 Intel has had a year of new hires, which means change and opportunity. With an initial goal to reach 30% revenue in marketing by 2020, Intel is now expecting to meet this goal by 2019 — which means that they’ve pushed the gas. For those looking to reach out, keep in mind that the company has been shifting more to digital mediums as of late, suggesting they’re going for a younger skew (millennials and Gen-Z). Their top spending periods are usually Q4-Q2, but you should also keep an eye on new products.

Now that you’ve got brands, names, and insights about where programmatic is headed, it’s time to hit the ground running. And, pro tip: WinmoEdge is tracking and reporting this kind of invaluable intel DAILY. If you’re not following, you should be! Request your trial today.